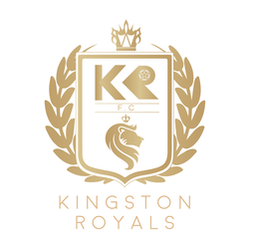 Brandon's double does the trick in shutout victory over Odyssey

What a big day of 7 a side football it was, played at the ultra modern Soccer 5s Dandenong. Defending champions Odyssey were back to defend their title, whilst new kids on the block London Accommodation and Northern Fury were among the contenders who were looking to upset Odyssey’s ambitions of winning back to back.

With the group stages getting underway at 10am, teams rolled in progressively to kick off. Amongst the early showdowns, two of the favourites, defending Football League champions FIFA Boys took on London Accommodation, with the game going backwards and forwards at a high tempo. The final score would be 3-3, a fair result for both teams’ first match and keeping them in the hunt for the knockout stages.

Amongst the teams participating for the first time, Storm Troopers got off to a fast start by beating fellow newcomers Ariana Evergrande FC in a tight affair, whilst Northern Fury were fast starters and leading the way in Group B.
In Group A, London Accommodation would then be taking on Odyssey in their second game. In a tense affair, London Accommodation were too strong and beat the defending champions 2-1 in what would prove to be a key result in the context of the group. By the halfway point of the day, it would be London Accom, FIFA Boys and Odyssey leading the way in Group A, whilst Northern Fury and Grey Stallions would be the front runners in Group B.

As the group stages then wound to a close, the sun came out and added some extra heat to the day, but overall the playing conditions were very enjoyable. Northern Fury and Grey Stallions would only be separated by a goal, with Northern Fury through in second place and Grey Stallions on top. Both managed to hold off the fast finishing Blue Crew (VPSC) who were so close to sneaking in to the second semi final spot.

In Group A, London Accom would stay strong, disposing of Black Stallions and White Stallions comfortably, and defeated newcomers Cambodia Utd 4-0 in their final group game to sail through on top undefeated. The battle for second place would come down to the wire, with FIFA Boys and Odyssey facing off in the final round of the day. The defending champions flexed their muscle and showed they would not be letting go of their title that easily. Odyssey eventually overwhelmed the FIFA Boys, winning 4-1, and much to the disbelief of the FIFA Boys, they would be left without a spot in the knockout stages.

The semi finals kicked off at 4.30pm, a few players battered and bruised after a footballing marathon. Northern Fury in particular, were down to their final 7 players. They would take on London Accom in their semi final, whilst Odyssey and Grey Stallions would play out in the other. Odyssey were comfortable winners by 3-0 over Grey Stallions, but the other semi final would be far from comfortable.

London Accommodation started fast and got up 2-0, but Northern Fury were relentless in pursuit, pulling 1 goal back and then a dying seconds free kick making it 2-2 and sending the game to golden goal extra time. No goals would be scored, sending the game to penalties. London Accom would shoot first, with captain George tucking his penalty away and goalkeeper Dino saving Northern Fury’s first penalty. From there, London Accom would not miss and held off the pressure to advance on penalties, much to the misfortune of Northern Fury who were gallant on the day and showed belief and intensity that will take them far in the Football League season.

So the final would be London Accommodation vs Odyssey, new comers against defending champions. Both teams weary but up for the challenge of taking home the winners trophy. London Accom started strong, Brandon put one away and the team lead 1-0 at the half, staying defensively stout and breaking fast on the counter, showing freedom in their play and not showing any pressure of going undefeated into the final. The second half would become a chess match, a more tactical battle as London Accom continued to stay stout whilst Odyssey pushed numbers forward. A quick break and some great cross field passing lead to George putting another one away to make 2-0 with about 5 minutes on the clock. A coming together left both teams playing out with 6 players, leaving more space for Brandon to put it beyond doubt, 3-0 the final score!

What an amazing tournament, the Old Boys going undefeated, Odyssey going ever so close to a repeat and many enjoyable games throughout the day. We would like to firstly thank Soccer 5s for putting us up in their awesome facility. We are definitely grateful to have played such an important day on the VAFF calendar at Soccer 5s and participating in a well run VAFF tournament. Finally, thanks to the referees for persevering through the day and ensuring everyone had a safe and enjoyable tournament.